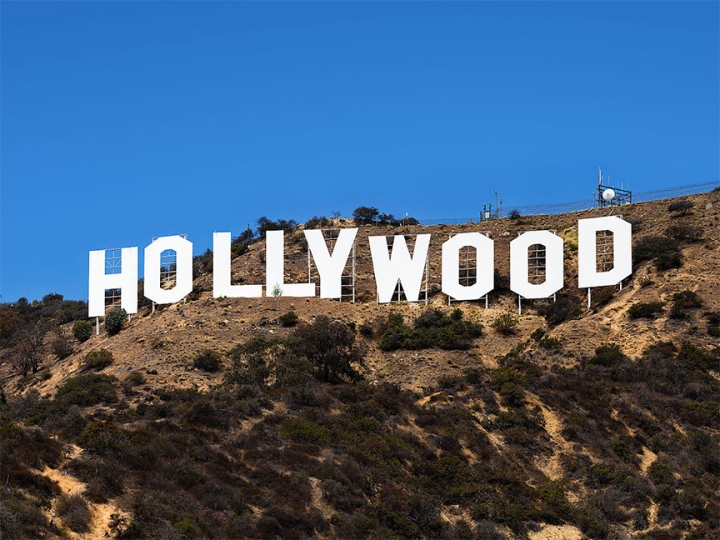 Here’s what Los Angeles Times wine writer S. Irene Virbila had to say about Lini when she first tasted the wine (from the archives):

Lambrusco, the sparkling red wine from the Po Valley in Italy’s Emilia region, hasn’t had a great rep in this country. But when it’s made well, as in … “Labrusca” from Fabio Lini and family, who have been making the stuff since 1910, it can be a thing of rare beauty. Rich and lush, lightly sparkling and low in alcohol, it’s a perfect picnic wine for a hot summer day, great with salumi or your finest prosciutto, lusty pasta dishes and juicy grilled sausages.

Lini also makes an intriguing Lambrusco rose that you can find at some of the same shops as the red. 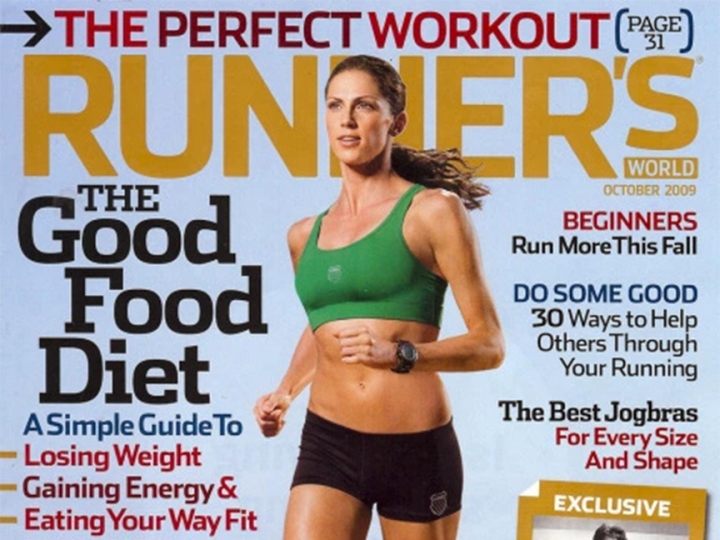 Runner’s World magazine isn’t exactly the kind of publication where you would expect to find a recommendation for Lambrusco. Or for any wine for that matter.

“If you’re at a barbecue,” he wrote, “you want a wine that is cold yet pairs well with meat. Lini 910 Lambrusco Rosso is a terrific value.”

Who knew that runners were such big burger lovers?

A veteran runner of marathons and owner of some of New York’s leading Italian restaurants and wine destinations, Joe interviewed Alicia for a 2015 episode of “In the Drink,” the popular wine show on Heritage Radio Netowrk. 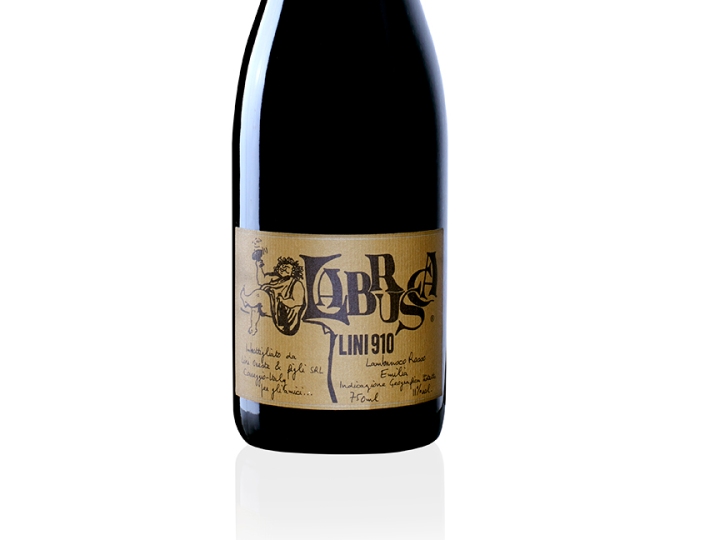 “We sip a Lini 910 Lambrusco Rosso Emilia 2011,” wrote one of our favorite American wine writers Ellen Bhang a few years ago for the Boston Globe, “offered by the glass, paired with a platter of prosciutto, olives, and cheeses. The frothy, chilled red cuts through the richness of the nibbles, leaving us craving more. Tonight, that’s all of the inspiration we need.”

And here’s what she had to say about the Labrusca Rosso, one of her top wines for the piece: “A lovely, rich style with fine froth and deep color to match. Soil and saline aromas lead to a palate of black cherry and food-friendly acidity.” 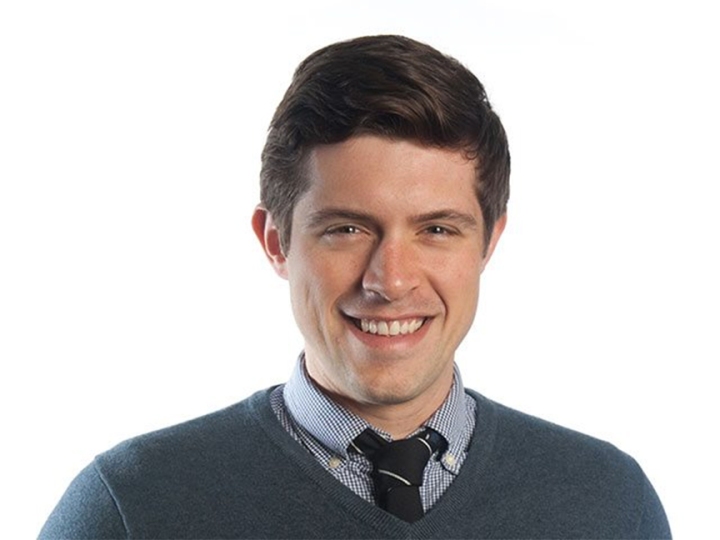 New York restaurateur Joe Campanale first made a splash when he opened dell’Anima in the city in 2007. It quickly became one of top destinations in the U.S. for contemporary Italian cuisine and artisanal Italian wines.

His latest project is the recently opened Fausto in Brooklyn.

He’s one of the most beloved Italian restaurant owners in the country and he’s a leading experts in Italian wind and food today. A favorite of the New York wine and food media, he also appears regularly on national television to talk about Italian cuisine.

Joe is a big fan of the wines and Alicia couldn’t have been more thrilled to get to be on his show.

From “Bubbling Under: Can the scion of an Italian winemaking dynasty bring back Lambrusco’s once-sparkling reputation?” By Lawrence Osborne (Men’s Vogue 2008). 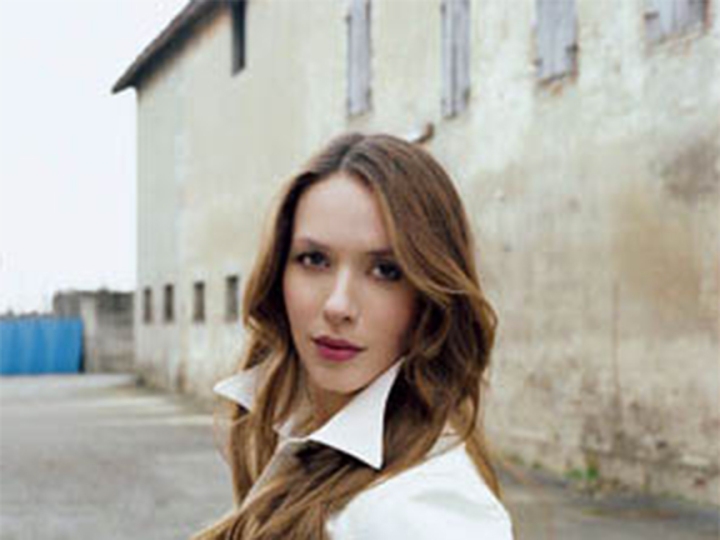 “I jumped at the chance to have dinner with Alicia Lini [above],” wrote acclaimed writer Lawrence Osborne in 2008, “and to drink four wines from her stable: the traditional Lambrusco lineup of red, white, rosé, and metodo classico. Pleasantly enough, Lini in person is also a bit like Sophia Loren.”

“It’s been an uphill struggle for Lambrusco,” she admitted as we started on the special Centovini menu created, as it were, for her. “It’s taken 10 years for people to realize that we didn’t make that awful stuff. But our winery has been around for many decades.” In fact, the family-run operation goes back to 1910, and Alicia represents the fourth generation of Lini Lambrusco makers. “We have always made a cork-finished dry wine that is nothing like what most people think of as Lambrusco.”

I asked Alicia if these were the kinds of Lambrusco her grandfather would have drunk. (Or mine, for that matter.)

“Certainly. It’s not a romanticism to say so. We never changed our style for a moment. It’s the same wine as always.”

We drank the red Labrusca Rosso — the operation’s flagship — with tortelli in brodo. It had a purply foam that died off almost at once and a taste of dark cherries. The wine was coolly playful, fresh, racy — and with an unexpected hint of depth. We went through the whole bottle comfortably. Next up, the rosé, which Lini makes from the Salamino and Sorbara clones: It brought a sparkling touch to [a] bollito misto — the traditional wintry “boiled dinner” of short ribs, veal tongue, capon, and cotechino sausage. Lambrusco, I realized, isn’t just a summer drink.

But the evening’s crown jewel was the metodo classico, an apple-gold wine good enough to be mistaken for a small-house Champagne. Sophia Loren? Her, and a dash of Monica Vitti with a few bubbles of Gina Lollobrigida, too. 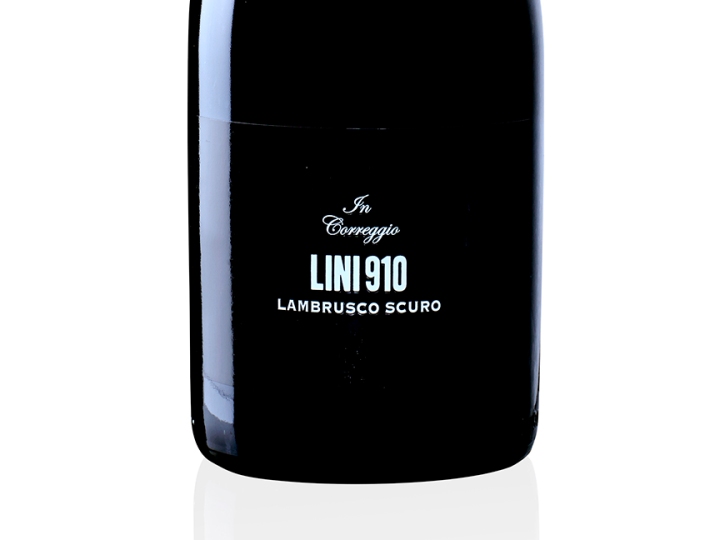 The following is an excerpt from Lettie Teague’s 2010 article for the Wall Street Journal, “Riunite Was Nice, but There’s More to Lambrusco.”

“But then we got to the Lambruscos from the Lini Estate,” writes Lettie, “considered one of the best Lambrusco producers of all. Mike was home [she was tasting with American restaurant veteran Michael Avella who now serves as the GM for Bill Murray’s restaurant group]. ‘This is what I’m looking for,’ he said, when I poured him a glass of the Lini 910 Metodo Classico Rosso. ‘It’s lively with a wonderful floral bouquet. And it dances. Lambrusco should dance on your palate,’ he added. And needless to say, the foam was great.”

Lini has “become one of the most sought-after Lambruscos around,” she adds in the piece.

“There were several Linis that impressed” her and fellow taster Mike in their tasting of 20 Lambruscos.

“The Metodo Classico Rosso was Michael’s favorite but the Scuro [above] was my favorite — a big, rich but still beautifully ‘foamy’ Lambrusco that will pair beautifully with food.” 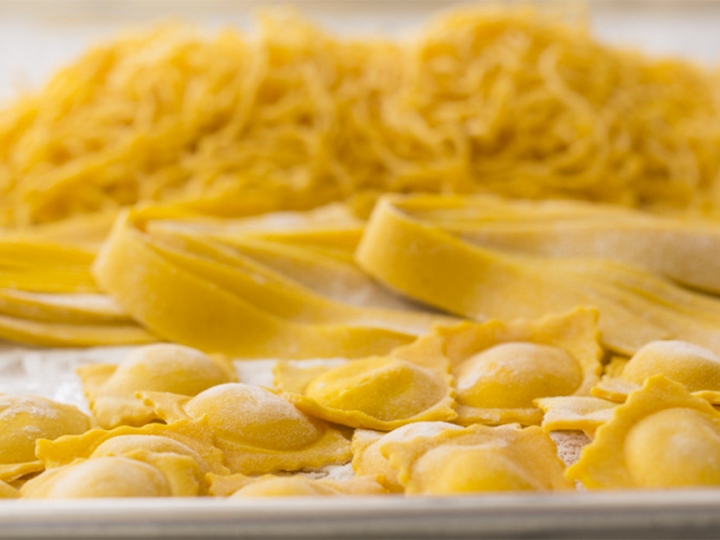 Earlier this year, Lini began working with a new California importer who has really expanded the winery’s presence there.

We couldn’t have been more pleased to learn that Lini Lambrusco is now served at Perbacco in San Francisco, where executive chef and co-owner Staffan Terje is putting out some of the best Italian food in the U.S. today.

Just look at the hand-rolled pasta in the image above (via the restaurant’s website). Can you think of a better place to drink Lini?

We can’t wait to get out there in the early spring and ORDER EVERYTHING ON THE MENU!

The work you guys are doing is truly spectacular and we couldn’t be more proud to be part of your program.